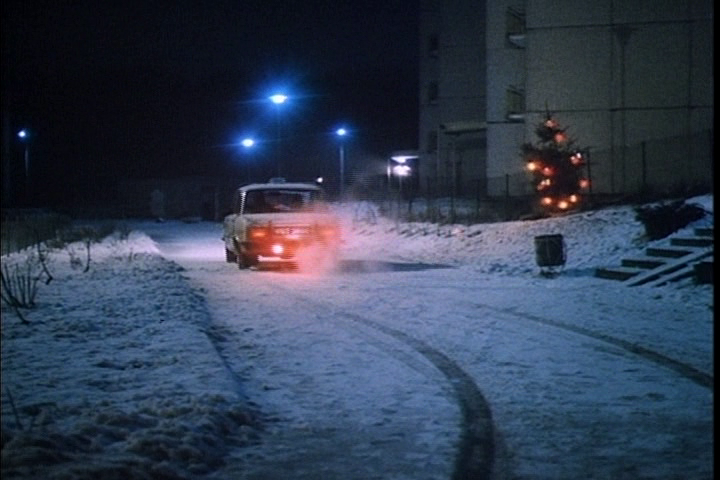 Holiday-themed movies have become as intrinsic a part of the season as getting drunk on eggnog and passing out under the mistletoe while relatives sneak awkwardly out the door.

But does a film necessarily have to include persecuted Santas and suicide-preventing angels to be a true "Christmas classic?" Before you slip in your well-worn copy of The Bells of Saint Mary's or Jingle All the Way, consider some titles from The Pink Smoke's alternative list of movies that touch on the most wonderful time of the year (to varying degrees.) 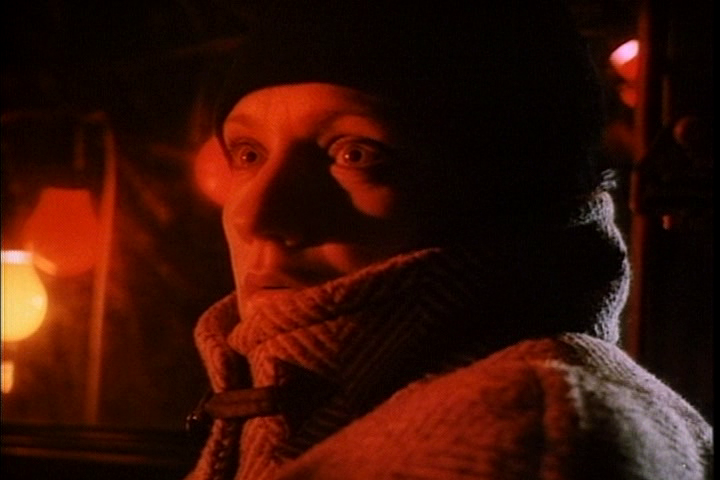 "Remember the Sabbath and keep it holy."

At the end of his shift, still in his cab, a taxi driver dons a Santa suit and a puffy fake beard. He pulls a canvas duffel bag of gifts from the trunk and heads into a drab Brutalist housing project to surprise his wife and children on Christmas eve. As he buzzes in, he passes a neighbor who doesn’t recognize him. Their brief exchange, only a few seconds long, is the only time which we see this neighbor during the third episode of Krzysztof Kieslowski’s ten-part miniseries, but we remember him from the first episode. He’s the father whose son drowned in the icy lake. On his way out to who knows where, a childless father is unexpectedly confronted by one of the many cruelly casual reminders of family and love and the blessings from God of the holiday season.

As much as it’s about any commandment, Decalogue III is about the loneliness of the holiday season.

Not just in the main story, but as with the split-second encounter with the neighbor, the suggestive details at the perimeter of the narrative paint depressing portraits of loneliness and isolation at the time of year when family and friends step to the forefront of our lives. A drunk stumbles down the sidewalk out front of the snowy Warsaw housing project, wailing to no one “where is my home?” He drags a Christmas tree along behind himself. It’s not difficult to imagine scenarios in which he has let his family down or pathetically attempted to snatch up some of the Christmas spirit for himself with a pointless purchase of the skeletal tree. Maybe he stole it. 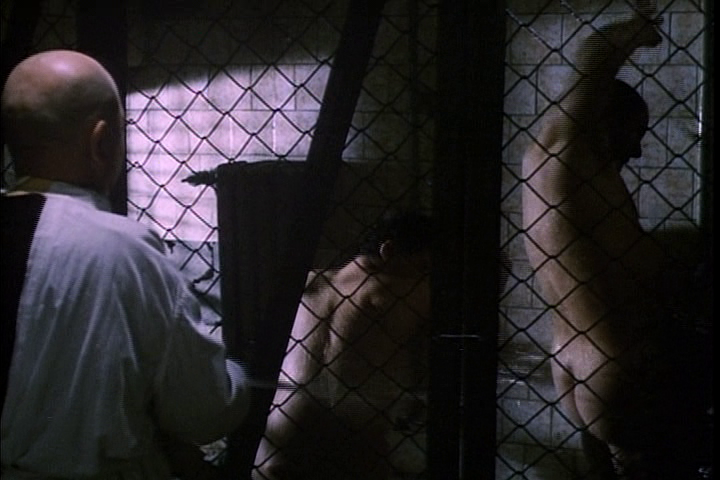 The character pops up throughout the episode, always lost, always with the same repetitive plaintive “where is my home?” Late in the film, in a particularly cruel and dispiriting scene, we find him naked in the drunk tank, his tree (and another stripped drunk) right there along side him. The police bureaucrat overseeing their tiny prison cell sprays them with a hose and gleefully exclaims “see how they jump!” As overwhelming as the authoritarian cruelty of the overseer is, it’s still yet another glimpse of an institutional drone trapped in his role even for the holiday. Like the morgue orderlies in casualty pulling mangled bodies to be viewed, like the nightwatch-woman of the train station skating to stave off sleep, like the hospital security tackling the escaped child-patient in the snow, he's another victim of a bleak Christmas eve spent alone serving the apparatus of the state.

The episode has a remarkable sense of big, hollow spaces drained of their normal human bustle: a train station with no one in it. A town square with a single parked car and a modest Christmas tree. Empty streets and tunnels. The loneliness of the holiday becomes a physical presence: the emptiness of the city, the omnipresent strings of colored-lights a constant reminder of where everyone has gotten off to while you’re out here by yourself, the festive reds and blues and oranges and greens of these lights a particularly striking contrast to drab grey of frozen Warsaw. 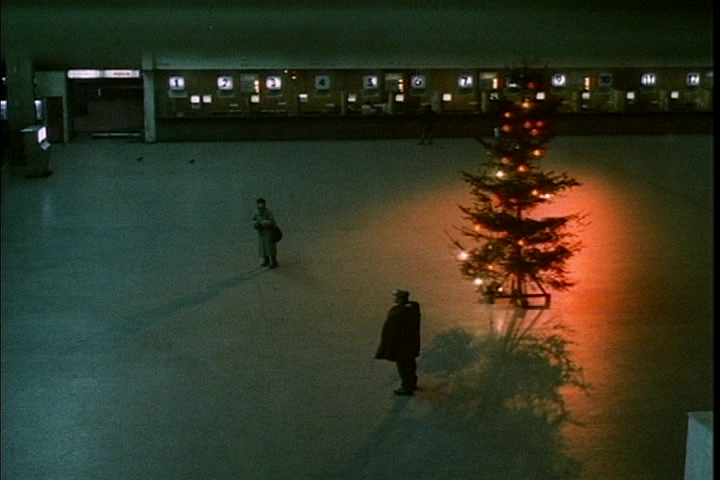 The cab driver, played by frequent Andrej Wajda collaborator Daniel Obrychski (The Tin Drum, Everything for Sale), has his idyllic Christmas with the family interrupted. A former mistress (Maria Paklunis) spots him at midnight mass, follows him home and manipulates him into helping him scour the city for her own husband, who has disappeared. Three years earlier, an anonymous phone-call to her husband had ended their affair and their search is little more than an excuse for her to explore her regrets and force a confrontation within herself of her own emotions.

In fact, the audience can quickly surmise that her husband left long ago: she pulls a musty overcoat from storage to hang by the door and places a man’s shaving kit in the bathroom before she allows the cab driver to enter her apartment. She pretends his car was abandoned in the street - she left it there. She falsified a police report to keep the empty pursuit going. She gripped the cabbie’s hand too tightly, the tears from feel from her eyes too freely, she would have let him drive head-on into the coming train; the husband is gone, he has a new wife and some children, he lives in Krakow and she’s alone on Christmas Eve in Warsaw.

Maybe you should kill yourself on Christmas. Certainly, you wouldn’t kill yourself any other time of the year, when being a drunk who can’t find his home or a childless father or bureaucrat stranded in a morgue is merely a wretched existence and not an existence too much to bear. The former mistress has no plan but a vague and superstitious idea that if she can just make it to 7:00 in the morning, make it through to Christmas morning, get to the finish line of the holiday, she won’t swallow the tiny, lethal, pink pill in her pocket. 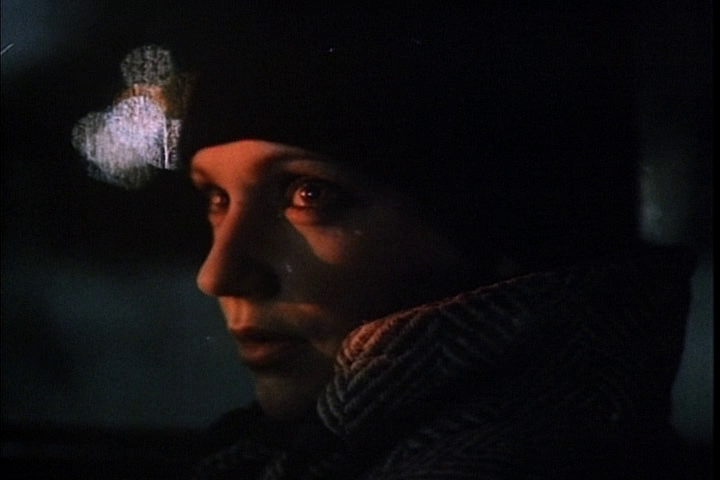 Kieslowski’s miniseries is built on ironies: is it possible to remember the Sabbath and keep it holy if you spend the rest of the week in profanity? Why is one day different from any other? Why are we commanded to feel the weight of God only on this day, of all days? After the anonymous phone call sends her husband to a hotel to confront the lovers, she chooses to return to her husband, repent, forget the affair. She chooses fidelity, love, marriage, the reconfirmation of a bond rather than the destruction of two families. Her decision plagues her. A single day becomes all days.

Her husband leaves her. The cabbie confesses he would’ve given everything up to have been with her. He would have left his wife and children, he would have immolated the bonds of his matrimony, a promise confirmed in the presence of God. And his punishment for this profaning of a sanctity confirmed before God? A happy, stable family. Dressing up like Santa for adoring kids and a wife who knows he’s sneaking out with his former mistress but awaits his return on Christmas morning to re-accept him into their home. A life without a pink pill ever in his pocket.

God commands you to maintain your awe, to hold on to your reverence, but Decalogue III shows us how holiness itself, the holiness of the holiday, can reveal that our life has finally and totally been drained of divinity. It’s a miracle if you can make until morning. 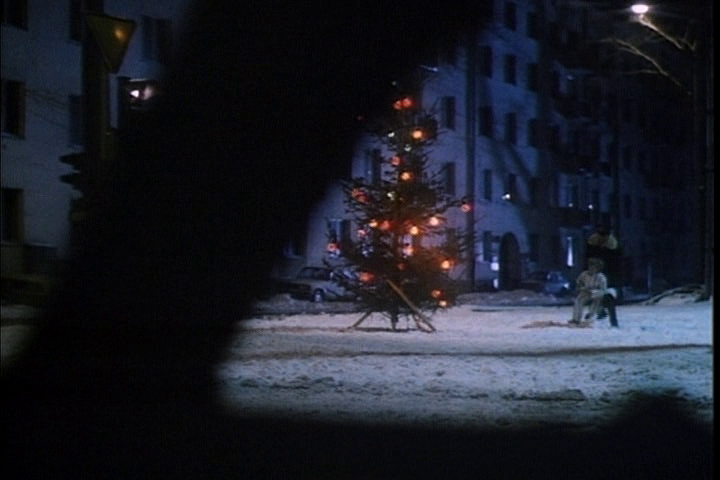 Maybe read this later. Let the somber tone of what you just read sink in. Don’t spoil it.

This episode also features one of my favorite things: a glimpse at holiday customs from around the world! At one point, some carolers show up - nothin’ weird about that! But these are kids who belt out an utterly tuneless rendition of an unrecognizable Christmas dirge (which are apparently a thing in Poland); they’re dressed up in make-shift costumes like it’s Halloween and the cabbie tips them a dollar. I have no idea if the tipping is de rigueur and Christmas eve is a kind of pseudo-Halloween over there but with money instead of candy (plus, it’s got to be the middle of the fucking night based on when this scene takes place in the story.) 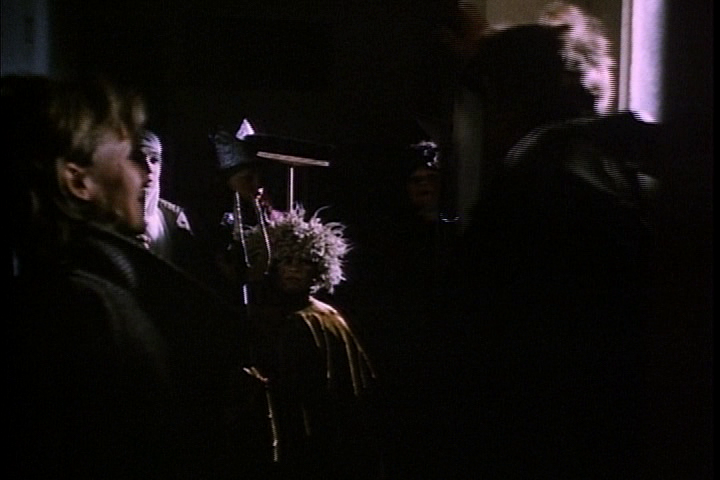 The alternative is that our hero decides to get into the Christmas spirit by tipping the kids a couple bucks apropos of nothing. That seems like it would be in exceptionally poor taste - here you go kids, thanks for honoring the birth of our savior with the traditional door-to-door dress-up, have a couple bucks. It seems like it would be like if the neighbor he passed the beginning had suddenly slipped him a couple bucks, just for dressing up as Santa. Either way: weird. It’s a delight how insane every human behavior is, especially once it gets codified by religion. 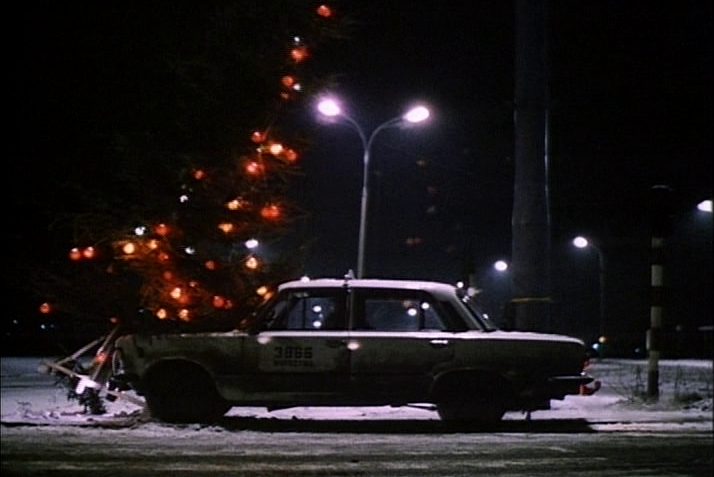