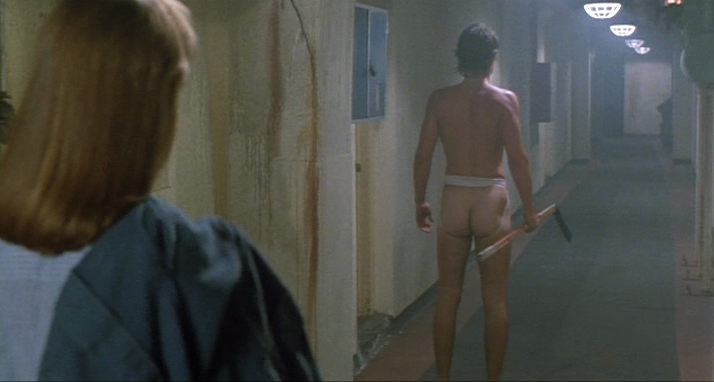 The 80's were a crazy time. Rape was legal, cocaine was sold in vending machines and Cheerio boxes came with a secret toy suprise that was often an actual working firearm. Then two things came along to right the good ship USA...that doddering idiot Ronald Reagan and a little movie called Youngblood. Was America clamoring for a movie about junior league hockey? No they weren't. But those liberal loons in la la land decided, fuck you America, we're going to shove this hockey shit down your goddamn throats whether you like it or not! 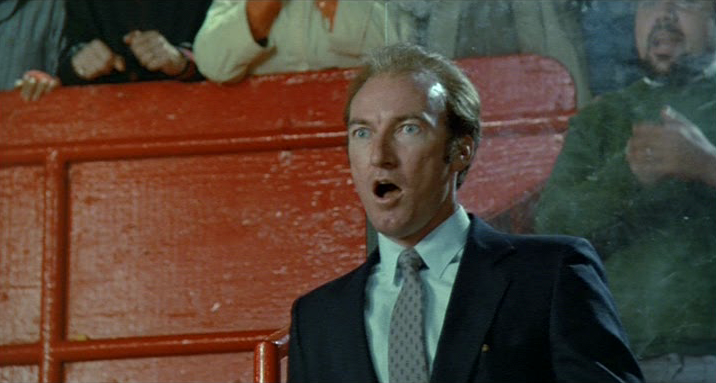 Jesus H F'ing Christ! Ed Lauter second billing! Turns out the rapture did come, only it was 1986 and no one noticed!

The movie also features Patrick Swayze as "Derek." Derek? Derek is no Beyonce. Since when do we saddle beautiful superstars with lame monikers like Derek? And why is he risking that face playing hockey?

Speaking of which, just what is rosy-cheeked fey wonder Rob Lowe doing playing a sport made for rugged manly men? No tennis academy would take him? Why risk those delicate features?? Just look what happened to his dreamy brother*, that poor hunk has a glass eye! He lost an eye playing that violent sport and now the dopey dad is going to risk his even prettier son's delicate features? Unacceptable!

We watch the tryouts - Ed Lauter looks over the Hamilton Mustang wannabes and is unimpressed. "Where'd you get these guys, Mexico?" Hahaha...kill em, Ed! Mexico! They don't even have ice! Way to crush these little fucks' dreams with your derision. 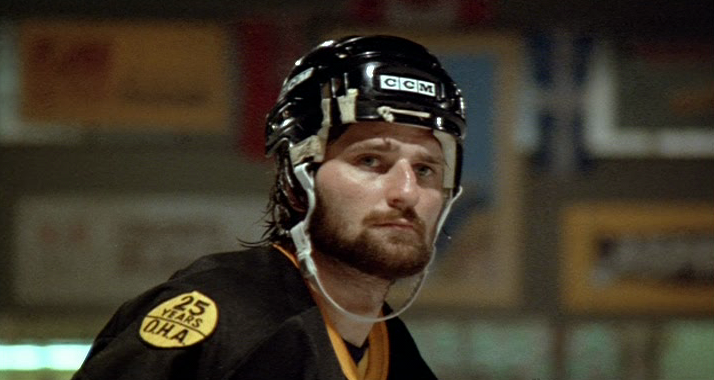 Oh snippety snaps, we are introduced to one of the all time great screen villains. I mean you got King Kong, that German fuck in Die Hard, and now this asshole Racki. "Wanna go, pretty boy?" He challenges Lowe to a tussle on the ice and Youngblood accepts! Sadly this isn't The Outsiders and he doesn't have Dally, and Sodapop, and Two Bit, and Ponyboy, and the rest of those leather-wearing poetry-reading fairies backing him up and he gets his ass kicked. However Lauter's seen enough of his sweet ass prancing around the ice so he makes the team anyway! Hooray!

Racki doesn't take the news too well and leaves the locker room in a rather classless fashion, saying some pretty mean and hurtful things and even throwing some items to the ground with no intention of returning to pick them back up. Not nice, Racki!!!

Lowe follows him wearing only a jock strap in an attempt to exact revenge (rape?) but instead finds himself in a lonely hallway with the coach's daughter, who takes the time to admire his sweet hairless ass! Va va voom! She is suitably impressed and the audience is shocked. What the-? Wait a minute. This is the chick in the movie? This is the love interest? For Rob Lowe? Omg. I got 90 minutes left and this is the chick? Fuck!

The sexual tension heats up even more in the next scene when Lowe's new teammates decide to invent a new tradition on the spot when they spot his lithe naked frame. "Let's shave his balls!" 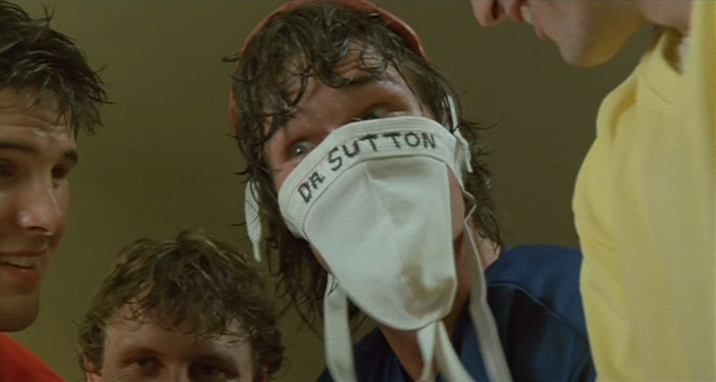 They shave his balls....with a straight razor and Swayze wearing a jock strap as if it were a surgical mask while his teammates hold Lowe down. When did this turn into a horror movie? Don't harm those testes! For the love of god, we need his genes to carry on! He's the prettiest man alive!

Omg! As if that scene weren't disgusting enough, the film gets even more revolting as Lowe is seduced by Ms. McGill, the cougar who makes a career out of letting young hockey-playing hearthrobs board at her dilapidated house. She is clearly over 30 but Lowe, being a dopey farm boy, lacks the sense to resist her wrinkly assault on his delicates! Run Lowe run! She's even more formidable than Racki and he is raped. 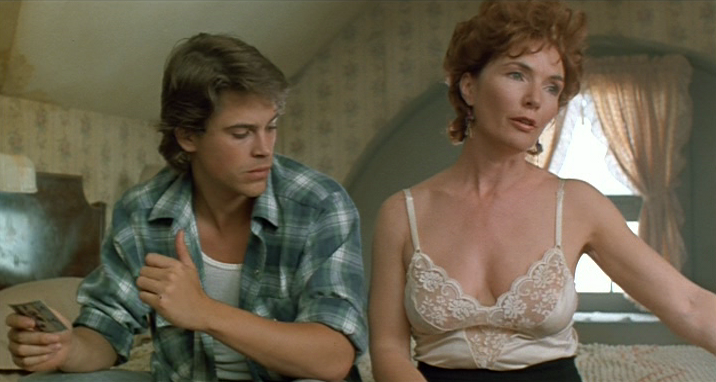 Traumatized by that event he decides to take a stroll through the shithole town his lame ass team plays in and stumbles upon the coach's daughter who happened to be at the movies by herself, which makes a lot of sense considering she's plain as a cue ball and sporting the classic Canadian tuxedo: denim jacket and blue jeans. Lowe is impressed though, maybe cuz he's sporting the Canadian tuxedo too!

They stroll into a bookstore and in a sweet/desperate gesture coach's daughter buys Lowe a book, Moby Dick (wishful thinking on her part?) 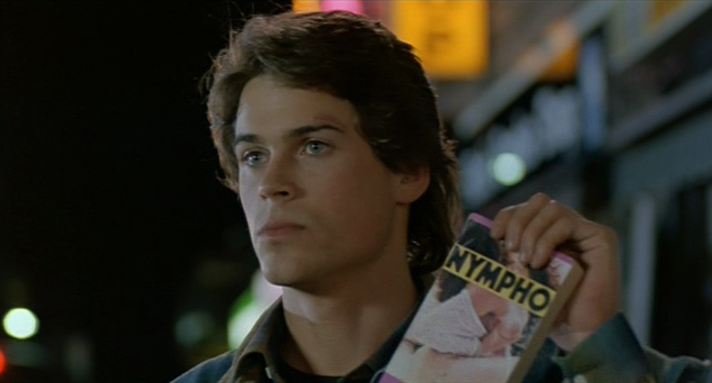 Back on the street the dull duo run into Lauter, and in a very comical mix up Lowe pulls out his copy of Nympho. Lauter is not impressed. Come to think of it, I'm not really all that impressed with this film, especially not when I'm coming down from a high of my weekly Commando/Gattaca film festival. Some crap happens in a bar and Keanu Reeves plays a French-Canadian not named Johnny Utah.

Moving on! Swayze bites a rose and actually swallows it in a misguided attempt to enhance performance and make the NHL.

Finally we get some hockey! Dean Youngblood, Rob Lowe himself, takes the ice and scores a goal! Coach's daugther, CD, is listening secretly in school with the help of headphones and lets out a yelp - "Way to go Youngblood!" - much to the amusement of her classmates. Hello, what's this? This ain't no college! Lowe's banging a high school girl! Way to go Youngblood, indeed! 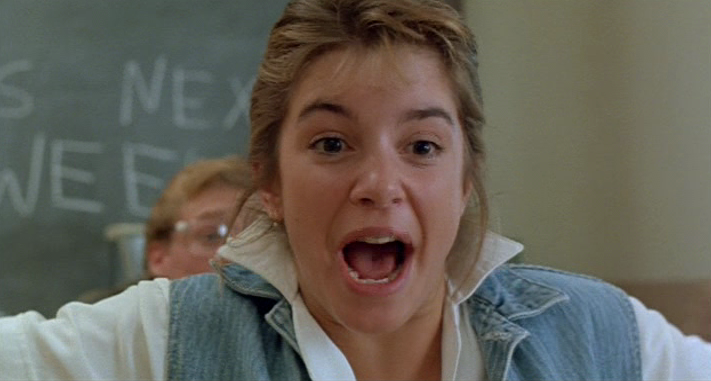 Their romance blossoms after Deaner feigns death under a zamboni she's driving and then the two of them make the fool of some hapless nerd who is just trying to do his job and maintain a safe enviornment on the ice for young and old. Not cool, Dean! I mean, I expect that kind of shit from a rebellious coach's hussy of a daughter but not from you!

I was eating dinner so I missed a good chunk of the film at this point...I imagine some really awesome hockey-related stuff took place. Did an attractive girl get introduced into the mix and then leave town? The movie is set in Canada so this is unlikely. Ho ho! Take that, Canada!

Racki has joined a rival team whose goalie has a really awesome mask. Youngblood scores, of course, and Racki also makes quite an impact...it appears as though they are 2 of the top players in the game. How were they not even in the league as of a week ago? Racki is the best guy on his new team, but Ed Lauter couldn't find a spot for him on his 20-man roster of scrubs and Swayze? Bullshit! Ed Lauter is a racist.

He is also hilarious however cuz he does this bit in which he puts on some glasses and does a "I"m the ref! I can't see!" routine that really brings the house down. I wish my dinner had lasted longer. This might be the worst movie about a douchebag from upstate New York who plays minor league hockey in small Canadian towns I've ever seen, and I've seen them all!

Things heat up in Thunder Bay when Racki demonstrates his awesomeness by attacking the whole Mustang bench, which prompts a cowardly Lauter to rush into the stands to fight paying customers! Too afraid to tussel with Racki so he picks on some blue collar slob who is just there to eat some popcorn and alleviate some of the drudgery of his Canadian life and Canadian wife. Have a heart, Lauter! 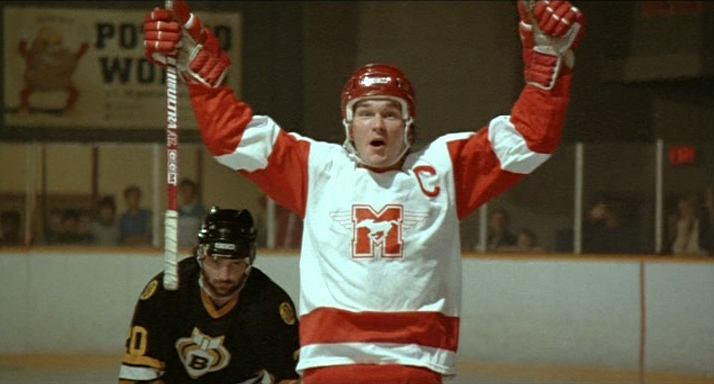 Unable to get at the head of the Mustangs' snake, Racki resorts to a beautiful cheap shot on Swayze which sends that dancing pretty boy to the hospital. You see, Mustangs? You see what you get when you mess with Racki?

In what might be the movie's sweetest scene, the coach of the Rackis is seen giving Racki a pat on the ass after Racki's foul blow. That tubby little monster is endorsing on ice hooliganism!

Lowe turns pussy and quits the team after Lauter says something about him being a pretty boy wuss, I wasn't really paying attention actually. Our hero Dean then scampers off where he is met by the coach's daughter who tells him he is no better than Racki! She spouts some hippie nonsense about violence not being the answer and inexplicably Lowe doesn't slap some sense into her.

She urges him to quit. Hello princess dumbass! He already did! You've been dating a pansy this whole time! 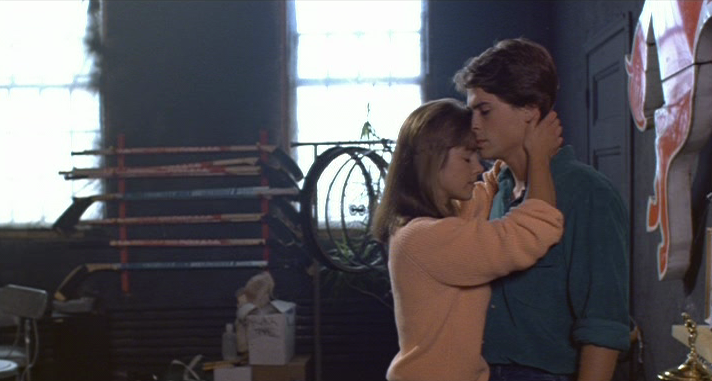 Lowe skulks home to the farm where his one-eyed bro calls him a loser and a mincer. "Never quit - ever!" He screams and almost comes out of his blue jeans he is so excited! Why didn't we pack Lowe back off to Oxford and focus on this glass-eyed dreamboat?

Dean does farmwork until bro and pop take turns turning Prince Rosy Cheeks into a fighter! It's like Rocky only without the homely Italian shrew wife, the braindead retard male lead, the shriveled up trainer, and the scary black man opponent.

Racki greets Lowe's pathetic return to the ice with his specialty, deadly menace. Maybe violence is the answer! It sure seems to be working for our man Racki, who wastes no time in making pretty boy bleed, much to the delight of his coach who more and more resembles some East German communist functionary. Racki bears a strong resemblance to Rob Reiner now that I think about it. Fucking bolsheviks!

In a weird twist things start to go poorly for our hero Racki and Lowe is allowed to tie the game up with 10 seconds left! Nooooooooooooooo! 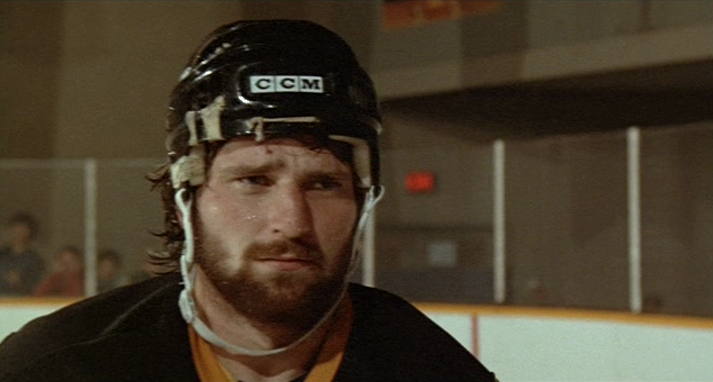 In yet another incredible twist, Lowe earns a penalty shot with 3 seconds left. Double balls! How is this happening! I've spent the last two hours falling in love with the spirit and "take no prisoners" attitude of hard worker extraordinaire Karl Racki, and now La La Land is trying to teach me that quitters who date plain girls in gross attempts at nepotism and buy prurient volumes of smut instead of reading classic literature are rewarded?

Lowe converts the penalty shot and there is much rejoicing. But not in my household! My pet turtle Mr. McBoodles in fact refused to watch any more and tucked his wrinkly little head back inside his shell once Deaner buried the go-ahead goal! There there, Mr. McBoodles - I promise we'll watch a good movie like Gattaca or Action Jackson next.

The ridiculousness isn't over as before the game officially ends Lowe squares off with Racki at center ice. Sticks flash, smoldering glances are exchanged and with the aid of cheating and high cheek bones Lowe somehow uses his pretty little hands to knock Racki down. It's total bullshit and I immediately wrote my congressman, asking him to speed up efforts at NASA on the time machine, so they can go back in time a couple of decades and fix this glaring mistake in our nation's hockey movie history. 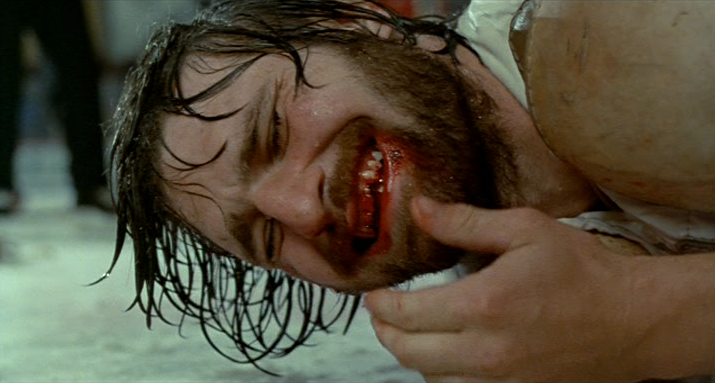 Lauter lights a cigar in celebration and Lowe takes his plain chick prize and tries to impress her by giving autographs to some kids who are in awe at meeting the Mustangs' newest legend. "You're prettier than most women," one of the rascals says.

"Why are you dating her?" another muses. "I mean you're a hockey star and that's what you wind up with? Fuck that, I'm going to spend more time in the library. I bet engineers get better trim."

A really sleazy and inapprpriate ending to a terrible terrible film! 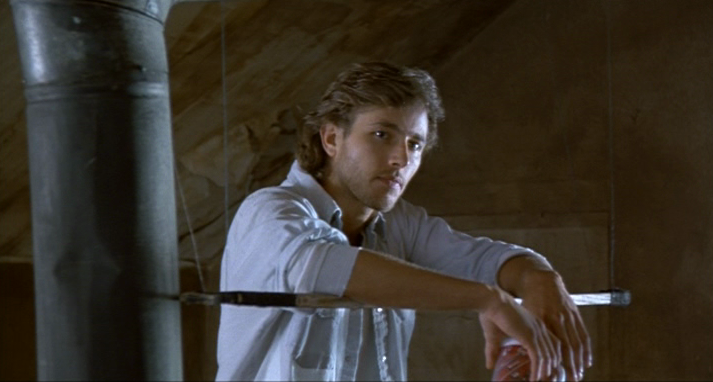 * Paul is referring to the character's brother, not Chad Lowe, played by the admittedly dreamy Jim Youngs, whose first film was...The Wanderers! He plays Buddy, a.k.a. the "fifth Wanderer," the guy who's always hanging out with Ritchie and the gang but never really says much. (I will never miss an opportunity to bring up Wanderers in a Paul Cooney article.) Youngs' other credits includes Cyborg 2 with Angelina Jolie and Billy Drago and playing a character named "Johnny Rider" on an episode of Silk Stalkings. 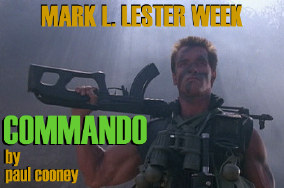 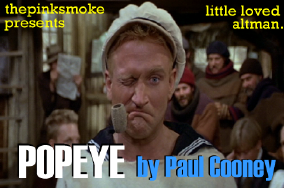 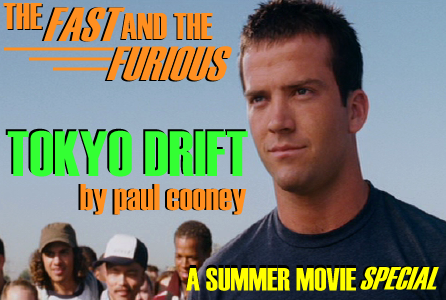